I Feel Fine – The Cold In Every Shelter Vinyl

Having exploded onto the alt-rock scene in 2018 with their rousing blend of emo, punk and math, Brighton’s I Feel Fine are ready to unleash their stunning debut album. ‘The Cold in Every Shelter’ is a beautifully honest and heart-swelling set that displays an incredible knack for writing intricate, technically-minded rock music, but delivered with super-strength hooks and the quartet’s distinctively warming gang-vocal delivery.

Building on the strong foundations set by their debut EP, I Feel Fine continue to deliver the nostalgically influenced alt-rock sound they tastefully pay homage to (think Crash of Rhinos, The Appleseed Cast, Algernon Cadwallader) while looking towards new and fresh textures, adding post-rock dynamics, subtle orchestral swirls and some alt-country inflections. Tying this together with super tight and muscular performances, there is no denying the sky-scraping ambition that this record exudes, whilst retaining the high energy and ultimately joyful euphoria of their live shows.

Leading the record’s sonic journey are these grandiose, heart-on-sleeve emo-punk melodies that are backed up by the painstaking honesty of guitarist Nathan Tompkins’ lyrics. But it’s how Nathan shares his vulnerabilities with the rest of his band mates to sing in unison that gives I Feel Fine this overwhelming sense of unity and brotherhood. Often harmonising and sometimes screamed, there is so much catharsis bubbling within these songs as we see the quartet morph together as one unit.

For fans of American Football, Appleseed Cast, Crash of Rhinos

‘The Cold In Every Shelter’ is available for pre-order. Pressed on triple coloured vinyl and includes a download code. This variant is limited to 250. 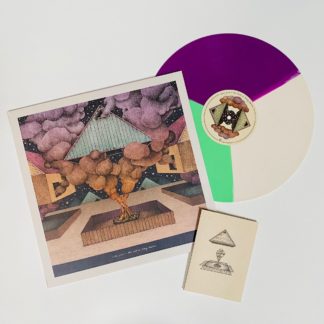 You're viewing: I Feel Fine – The Cold In Every Shelter Vinyl £18.99
Add to cart