God Complex – To Decay In A Deathless World CD

Limited edition CDs packaged in a digifile (minimum plastic use and better for the environment).

After releasing Created Sick in 2018 (which was crowned Metal Hammer’s EP of the year) the band have proved to be as crushing live as on record, sharing the stage with the likes of Loathe, Venom Prison, Employed To Serve, Conjurer, Holding Absence, and Comeback Kid.

Since then, the band have enjoyed runaway support from the rock and metal press with praise from Kerrang! Magazine, Decibel Magazine, Revolver, Metal Injection,

The quartet don’t pull any punches when it comes to their particular brand of bludgeoning metallic hardcore, which blurs the line between gnarled punk, technical metal, and crushing noise. This, the band’s first—and quite possibly only—full length, produced by Loathe guitarist Erik Bickerstaffe, is a twisted journey into metalcore’s dark underbelly.

While the future may currently be uncertain for God Complex, what is absolutely certain is that To Decay in a Deathless World is the sound of a band collapsing under its own enormous weight—heavy doesn’t even begin to describe this record. 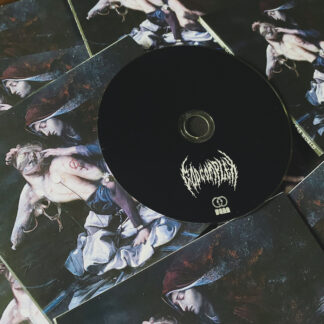 You're viewing: God Complex – To Decay In A Deathless World CD £9.99
Add to cart